Australia’s first national frog count is underway and everyone can join in, to help save one of the most threatened groups of animals on Earth. You might even discover a new frog species!

The Australian Museum’s FrogID is a citizen science project that uses mobile phone technology and “audio DNA” to discover where frogs are at risk and how to conserve them and our waterways.

The free FrogID app, developed in partnership with IBM, identifies frog species by the sounds they make – from croaks and chirps, to whistles and barks.

It’s hoped up to 1 million Australians will download the app and head to parks, creeks, dams or wetlands to listen for frog calls. Recording and uploading these calls will map frog species across Australia and reveal where they are at risk from habitat loss, disease, climate change and urbanisation.

Australian Museum Director and CEO, Kim McKay AO, said FrogID is a national citizen science rescue mission that everyone can take part in.

“The power to save Australia’s frogs is now in the palm of your hand, whether you’re a family in your garden or on a bushwalk, at school or a grey nomad. Everyone can download the free FrogID app to help save these vulnerable species – the ‘canaries in the coal mine’ of climate change,” Ms McKay said.

“FrogID is a crowd-sourcing approach to conservation. The AM is proud in its 190th year to partner with IBM, the Australian Government and leading museums across the country on this ground-breaking union of citizen science and innovative technology.” 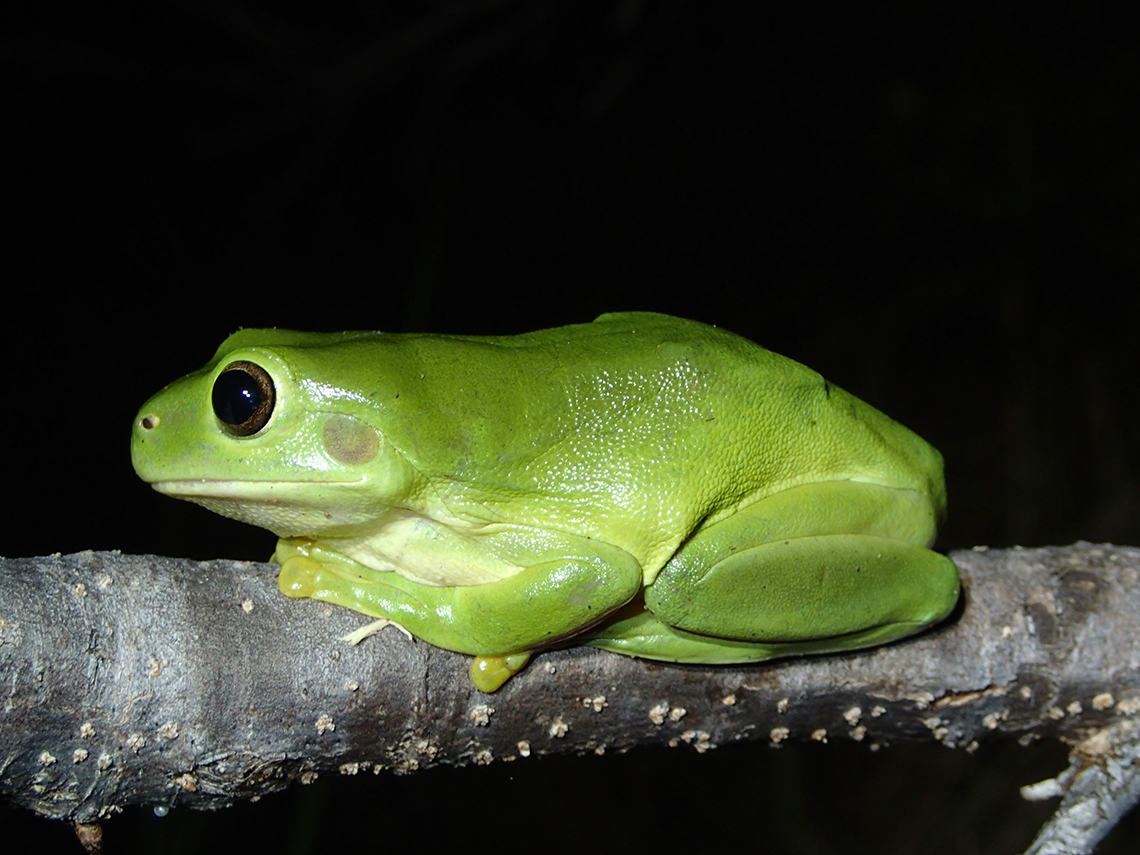 Green Tree Frog, Litoria caerulea. A large species of frog reaching up to 11 cm in body length. It has a green back, sometimes with several small white spots. The belly is white. The pupil is horizontal and the iris is gold. Fingers and toes are three-quarters webbed, both with large discs. Inland NSW individuals can have a blue-green back, and some northern populations have yellow on the fingers, toes, webbing, and undersurfaces of the arms and legs.

David La Rose, Managing Director, IBM Australia, said: “IBM has a long history in collaborating with organisations like the Australian Museum to develop technology that has a real impact on the everyday lives of Australians. This joint initiative to develop the FrogID app is an inspiring example of how technology and science can work together to tackle an important social issue, while empowering Australians to help us gain new insight into the state of our waterways and environment.”

“Frogs are a tipping point in the environment. The loss of frogs is also likely to have huge pest management implications for our agricultural production and wellbeing, as they help control insect populations, such as mosquitoes. If they disappear, entire ecosystems may be at risk,” Dr Rowley said.

“FrogID will allow us to make informed conservation decisions aimed at saving our frogs. But we need the public to play their part, so we can understand our many frog species across this vast country. By taking part in FrogID, you’re actively helping to save Australia’s frogs – you might even discover a new species.”

Dr Rowley, who is a joint appointment between the AM and UNSW Sydney, has discovered 26 frog species in Australia and Asia. 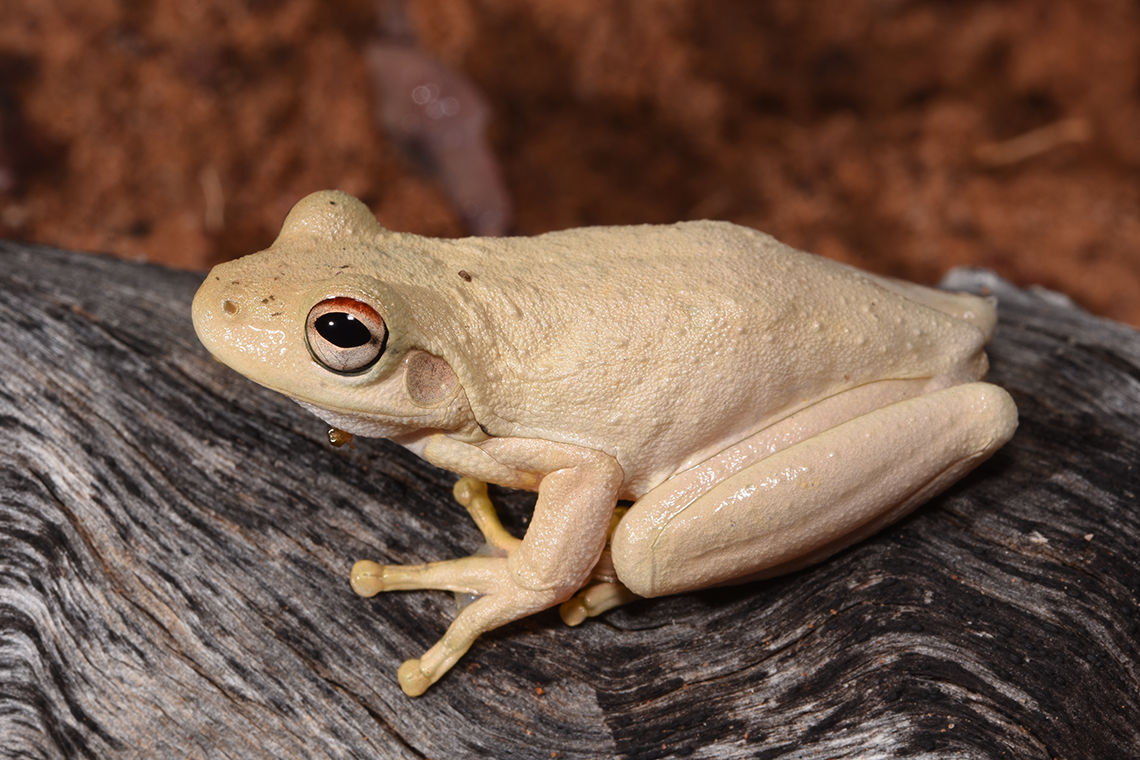 Roth’s Tree Frog Litoria rothii. A medium-sized species of frog reaching up to 6 cm in body length. It has a grey, brown, reddish-brown or yellow-brown back, often with pale brown mottling. There is often a thin black stripe from behind the eye to the arm. The belly is white, and the male has a white throat. The pupil is horizontal, and the iris is red in the upper half, and silver in the lower half. The armpits, groin, and back of the thighs are black, with bright yellow or orange patches. Fingers are one-third webbed and toes are nearly fully webbed, both with large discs.

Australia has 240 known species of native frogs, many of which are under threat. Hundreds of frog species have already disappeared worldwide and many more are on the edge of extinction.

Sir David Attenborough has described amphibians as “the lifeblood of many environments”. As one of the first animal species to feel the impact of environmental changes, declining frog populations are a “warning call” about the impacts of climate change and pollution on Australia’s waterways, wildlife and ecosystems.

Frogs also play a critical role in the management of insect pests. Frog-skin secretions are also being explored in drugs to fight infection, release insulin, regulate the heart and cure diseases, such as cancer.

Find out more at www.frogid.net.au and stay tuned for more frog related news in the 2018 festival.