Infinity: swinging into a conversation about energy

Did you know, despite the meteoric rise of renewables, when Australians boiled the kettle to make a cup of tea this morning, almost 90% of the electricity used was generated by burning coal or gas? Or that electricity bills in Australia rose by an average of 38% between 2010 and 2014?

Or how about this one: A typical coal-fired power station loses almost 70% of the energy that goes into it, when converting the energy in coal to electricity, and up to a further 10% is lost during the transmission and distribution stage. An old-fashioned light bulb then loses 98% of this energy to make light, so we only end up using about half a per cent of the total energy that we started off with. The rest is wasted.

Starting a conversation can sometimes be a tricky thing, particularly when it comes to a subject like energy. We try to be well-intentioned towards the environment, but those creature comforts – the warm showers, the cold beer – feel so good. So it can end up feeling a bit, well, awkward.
But you know what they say, “If all else fails when trying to spark an energy conversation, build a 16-metre wide eight-seater swing that uses the kinetic energy generated by swingers to create sound effects and light up letters above the seat to spell the word INFINITY. And place it in the middle of Brisbane.”

What is the CSIRO #InfinitySwing? from CSIRO on Vimeo.

It’s the latest invention from the people whose innovations include wi-fi, plastic bank notes and Aerogard, and it’s coming to the World Science Festival Brisbane. It’s free to have a go, suitable for all ages and scientifically proven as most enjoyable way to generate renewable energy. 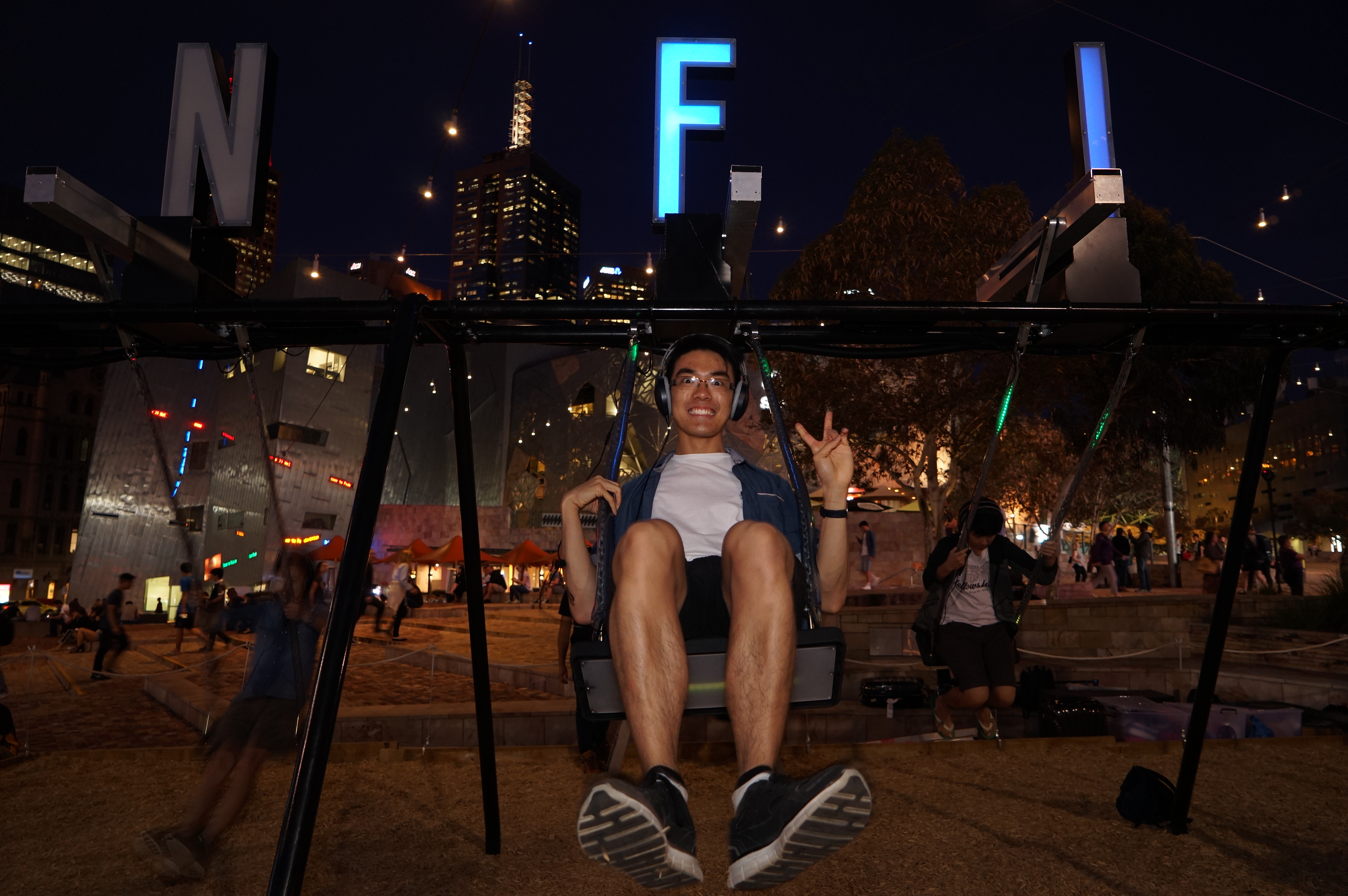 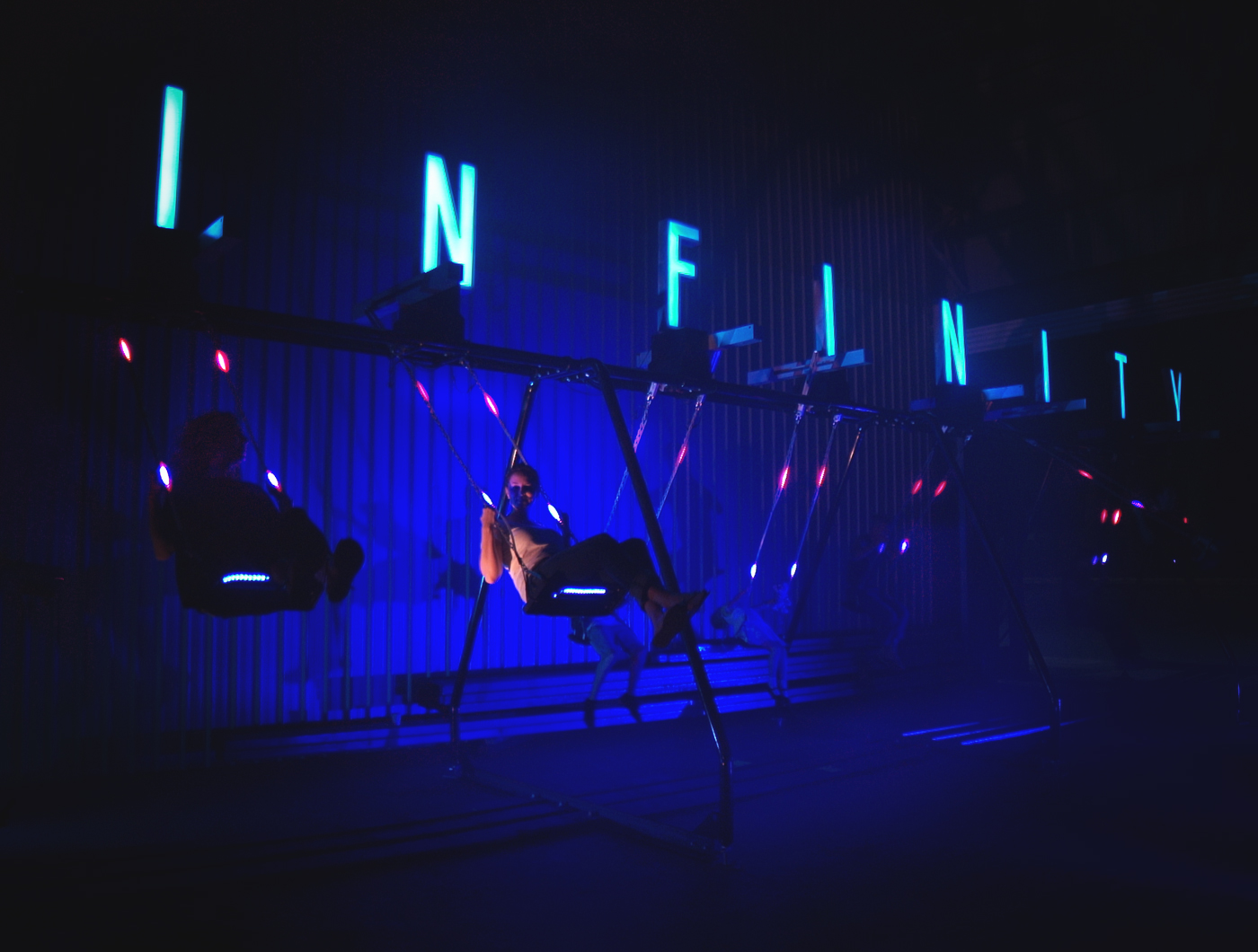 What’s it all about? Well, it’s about energy. The Infinity Swing shows us that energy isn’t easy to generate- you need to swing pretty hard to generate enough just to light up a letter. Imagine how much it takes to power a hair dryer, or a washing machine. Or a country of 23 million people. While protecting the planet.

How can we do it? Actually, hold that thought for now. Lofty stuff like this that can sometimes take the fun out of being an adult, making you yearn for a time when things were simpler. So if you feel like being a kid again, come and have a play on the CSIRO’s Infinity Swing! You can also connect with CSIRO on social using #infinityswing or through the Infinity website. Keep an eye out for the Infinity Swing, and have a go, at World Science Festival Brisbane.

Text and images supplied by CSIRO.

Forecast for South Bank: cloudy with a chance of icebergs
Can Machines Teach Us to be Better Humans?