Explore the biggest questions in science with the world’s most curious minds at World Science Festival Brisbane 2020.

Bundle 4+ Tickets and Save 20% Off Selected Events

Enjoy more of World Science Festival Brisbane! Purchase any 4 tickets to selected events and receive 20% off.

Simply add 4 or more valid events into your QTIX cart and the discount will automatically apply.

See insightful and challenging conversations, bringing together the dynamic connection between science and our everyday world. Why is it so hard to switch to clean energy? Why is SKA set to rock the universe? Why is ancient wisdom vital to our future? Why is tripping trending in medicine again? 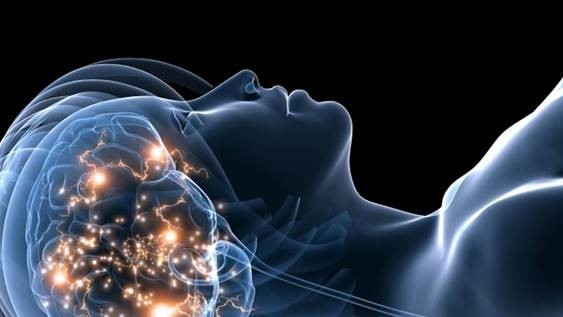 Why do our dreams seem so real yet unreachable? Why is the blue planet running on empty?

Why does helium have a lower boiling point than water?

All things are made up of tiny, tiny bits called molecules. So for example a glass of water contains gazillions of water molecules all sloshing around together. The temperature at which water boils (100°C) basically depends on how easily the water molecules can be turned from the liquid state to the gas state (steam). It turns out water molecules really like each other and are good at sticking together (there are strong forces between the molecules) so it takes a lot of energy (heat) to break them free and boil the water. Helium is almost the opposite. It boils at -269°C because Helium molecules (which are single Helium atoms) have almost no attraction to each other so it takes a tiny bit of heat (4 degrees above absolute zero!) to make them into a gas.

Why do clouds turn green before it hails?

Severe storm clouds can certainly appear to be a green colour, and that is mostly due to the way these large clouds, and the water drops or hail they contain, filter the sunlight coming through. The green colour mostly appears in the updraft section of the storm cloud (where air is rising), but is not always a sign of hail. There isn’t enough research to be sure, but certainly a green cloud can signal a bad storm, hail, or a tornado (if you live in that region of America).

Why can’t I keep my new year’s resolutions?

It is different for everyone of course, but psychologists say the main reasons people can’t keep resolutions is that they make too many and are too unrealistic. But there is also something they called “False Hope Syndrome” where certain people will continue to try and succeed despite having failed in the past.

Why is there something rather than nothing?

Many philosophers and a few scientists have tried to answer this question, and they all have slightly different answers. The closest physicists have to an easy answer is that there can’t be nothing. According to quantum mechanics at least, if you have a vacuum state, then matter will spontaneously pop into existence. And if there was nothing, where would we get ice cream and chocolate?