You are here Home Program Listing TIME AND THE CREATIVE COSMOS: with Brian Greene, Pilobolus, and more

TIME AND THE CREATIVE COSMOS: with Brian Greene, Pilobolus, and more
This event is now over
23 March 2019 Concert Hall, QPAC 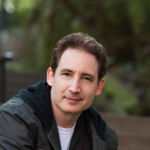 Brian Greene is professor of physics and mathematics at Columbia University and is widely recognized for a number of groundbreaking discoveries in mathematical physics and superstring theory, including the co-discoveries... 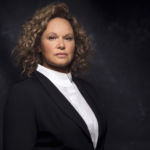 Leah Purcell is one of Australia’s most respected and admired Actors, Writers, Producers and Directors. She is an AACTA, Helpmann, Deadly's, ADG, AWGIE, IF, Logie award winning and nominated artist... 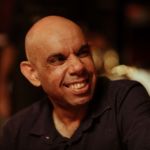 Steven Oliver is a descendant of the Kuku-Yalanji, Waanyi, Gangalidda, Woppaburra, Bundjalung and Biripi peoples. He was born in Cloncurry in North West Queensland and grew up in Townsville before...

Melbourne’s Harrison Craig first made his mark on Australia in 2013, winning the second series of The Voice Australia. At a young age, Harrison found that singing was a remedy... 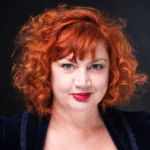 Alison St Ledger is best known for her stellar performances in Women in Voice as well as critically-acclaimed performances at the Brisbane Cabaret Festival including Ziggy Stardust, Lou Reed’s Transformer:... 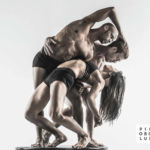 Time and the Creative Cosmos

Brian Greene – Creator and Narrator
Professor of physics and mathematics at Columbia University and best-selling author, Brian Greene is also co-founder of the World Science Festival.

Pilobolus
Based in New York and established in 1971, Pilobolus has created over 120 dance works and performed on Broadway, at the Oscars and at the Olympic Games, as well as appearing on television and in numerous movies.

Leah Purcell – Narrator
A multi award-winning actor, writer, producer and director, Leah Purcell is one of Australia’s most respected artists and also a proud Goa-Gunggari-Wakka Wakka Murri woman from Queensland.

Steven Oliver – Narrator
A descendant of the Kuku-Yalanji, Waanyi, Gangalidda, Woppaburra, Bundjalung and Biripi peoples, Steven Oliver is an actor, writer, comedian, poet, playwright and also well known as one of the stars of ABC’s ‘Black Comedy’.

Alison St Ledger – Singer
Best known for her stellar performances in Women in Voice, Alison St Ledger has also appeared as a guest vocalist with Powderfinger, recorded her own original material and is currently the Artistic Director of the Queensland Cabaret Festival.

Time and the Creative Cosmos celebrates the human spirit of exploration and discovery. This thrilling fusion of science and art highlights our collective longing to transcend the boundaries of space and time. Through original choreography of the innovative dance troupe Pilobolus, together with eclectic musical and stage performances, acclaimed physicist Brian Greene unveils the mysteries of life and the universe.