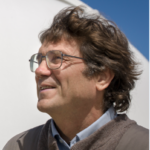 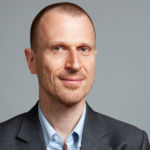 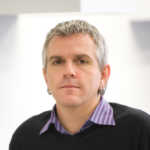 This event is SOLD OUT

In 2015, the Kepler Space Telescope spotted a star system emitting light patterns so bizarre, even serious scientists hypothesized they could be evidence of an “alien megastructure.” However remote, the possibility conjured images of alien creatures – green or otherwise – building and buzzing around their massive space station.

But a growing chorus of physicists and astrobiologists – from NASA and the Royal Society, London to the Breakthrough Listen project and beyond – argue this image of aliens as a biological lifeform is all wrong. They say intelligent life beyond Earth is more likely to be robotic.

As Royal Astronomer Martin Rees explains, “Abstract thinking by biological brains has underpinned the emergence of all culture and science. But this activity—spanning tens of millennia at most—will be a brief precursor to the more powerful intellects of the inorganic post-human era.” As Rees explains, organic brains aren’t built to last. Not only do they possess limited computational power, but the cold, dark environs of space and the demands of interstellar travel are simply inhospitable to biological life as we know it.

But if, in fact, alien life has transitioned to machine intelligence, what does it mean for our ongoing search for extraterrestrials? And what does it say about Mankind’s fate here on Earth? We’ll gather a multidisciplinary team of astronomers, roboticists and evolutionary biologists to ponder the implications of the existence of – and possible contact with – an artificial alien intelligence so vastly superior to our own.

Meet the Speakers Richard Easther is a physicist who aims to understand the universe in the first moments after the Big Bang, exploring the observable consequences of different models of the very early universe. Easther and his colleagues have found new ways to test competing cosmological scenarios and the theories of ultra-high energy physics which give rise to them.  Easther is a New Zealander who worked in Japan and the United States for 15 years before returning to New Zealand in 2012, where he is now a professor of physics at the University of Auckland. Charles Lineweaver is an astrophysicist and associate professor at the Australian National University’s Planetary Science Institute (PSI). His research areas include cosmology, exoplanetology, astrobiology, and cancer. His research has been published in an array of well-regarded scientific publications. Lineweaver was a member of the COBE satellite team that discovered the temperature fluctuations in the cosmic microwave background. Matthias Scheutz is a professor at Tufts University School of Engineering's Computer Science Department, and is director of the Human-Robot Interaction Laboratory. Scheutz's current research and teaching interests focus on complex cognitive and affective robots with natural language capabilities for human-robot interaction. He is co-director of Tufts' interdisciplinary program in cognitive and brain science, and is a program manager of the new Center for Applied Brain and Cognitive Sciences joint program with the U.S. Army Natick Soldier Research, Development, and Engineering Center. Rob Sparrow is a professor in the Philosophy program; a chief investigator in the Australian Research Council Centre of Excellence for Electromaterials Science; and an adjunct professor in the Centre for Human Bioethics, at Monash University, where he works on ethical issues raised by new technologies. He is the author of some 70 refereed papers and book chapters on topics ranging from the ethics of military robotics, to cloning and nanotechnology. He is a co-chair of the IEEE Technical Committee on Robot Ethics and was one of the founding members of the International Committee for Robot Arms Control. Janet Wiles’ research program involves bio-inspired computation in complex systems, with applications in cognitive science and biorobotics. Janet formed the Complex and Intelligent Systems research group at the University of Queensland (UQ). She currently coordinates the UQ node of the ARC Centre of Excellence for the Dynamics of Language, where her research focusses on robots and language.