You are here Home Program Listing SALON: From Simplicity to Complexity – Complex Systems Across Science

SALON: From Simplicity to Complexity – Complex Systems Across Science
This event is now over
13 March 2016 Queensland Museum 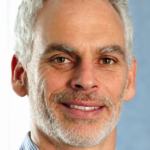 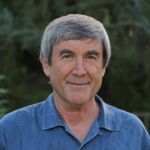 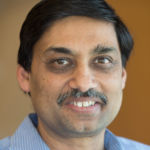 From Simplicity to Complexity: Complex Systems Across Science

From black holes to our brains and bodies and the convoluted networks we create, researchers are increasingly turning to complexity science to crack the code of our most inscrutable systems.

Beginning with the universe itself, these astounding complex systems are composed of intricate, interacting parts. How did this complexity arise? Will it continue increasing over time? And what are the common principles underlying complex systems across the multitude of scientific disciplines? With ever faster and more powerful technology, today’s scientists are gaining insight into everything from infectious diseases and climate science to quantum physics.

In this Salon, leading thinkers from a wide variety of backgrounds grapple with the complexity of the universe, forever mindful of Einstein’s advice: “Everything should be a simple as possible, but not simpler.”

Meet the Speakers Michael Breakspear is the Coordinator of the Mental Health and Complex Disorders Program at the QIMR Berghofer Medical Research Institute and a consultant psychiatrist at the Royal Brisbane and Women's Hospital. Breakspear trained in medicine and physics at the University of Sydney before completing his specialist training in psychiatry at St Vincent’s Hospital. He moved to QIMR Berghofer in 2009 to become the inaugural program coordinator of mental health and complex disorders, and leads a multidisciplinary research team whom undertake psychiatric and imaging research aimed at improving diagnosis and treatment in clinical psychiatry. Paul Davies is a theoretical physicist, cosmologist, astrobiologist, and best-selling author. He is regents’ professor at Arizona State University, where he is director of Beyond: Center for Fundamental Concepts in Science; co-director of the Cosmology Initiative; and principal investigator of the Center for the Convergence of Physical Science and Cancer Biology. His research focuses on the ‘big questions’, from the origin of the universe to the origin of life. Samir Mathur is a physicist who has spent over two decades working on the black hole information paradox. He has proposed that this paradox is resolved because the structure of black holes is radically altered in string theory: Instead of having all their mass at their center, black holes are “fuzzballs” with no regular horizon or singularity. Mathur is now applying these new insights to understanding the singularity at the origin of the Universe—the Big Bang. His background is in string theory, general relativity, and astrophysics. Samir Mathur obtained his Ph.D. at the Tata Institute in Bombay, held postdoctoral appointments at the Tata Institute and Harvard, was a junior faculty at MIT, and is now a professor at Ohio State. Kerrie Mengersen is a statistician whose research interests are in Bayesian and other modern methods for statistical modelling and computation. She currently holds a Chair in Statistics at Queensland University of Technology, Australia. Professor Mengersen has maintained an active collaborative and consultancy profile in both the development of statistical methods and in their application to a wide variety of problems in environment, health and industry. She is a Deputy Director of the ARC Centre of Excellence in Mathematical and Statistical Frontiers, which aims for research excellence and its translation to collaborative domains in Healthy People, Sustainable Environments and Prosperous Societies. George Musser is a contributing editor at Scientific American magazine, a Knight Science Journalism Fellow at MIT for 2014–2015, and the author of Spooky Action at a Distance (2015) and The Complete Idiot’s Guide to String Theory (2008). He has won numerous awards for his writing, including the 2011 Science Writing Award from the American Institute of Physics and 2010 Jonathan Eberhart Planetary Sciences Journalism Award from the American Astronomical Society.