You are here Home Program Listing Playing for Time: Music and Memory 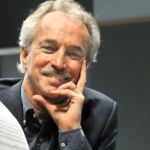 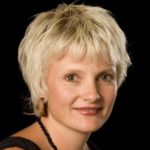 Neurologist, Oliver Sacks, suggested, “It really is a very odd business that all of us, to varying degrees, have music in our heads.”

It’s no secret that good music makes us feel good but can music also be beneficial for a range of neurological conditions? Can our life play-list of nursery rhymes, schoolyard chants and favourite songs influence our brain function?  A small but growing body of scientific evidence suggests that music and other forms of rhythmic stimuli can connect with the brain in predictable ways and even improve damaged brains. What is happening when sound is employed outside the range of human hearing and evaluated as a therapy?

With the exponential growth of an ageing population, it offers hope for those with dementia, depression, and other age- related brain disorders, that music can provoke a more connected and human experience and an increase in cognitive ability.

Dr Amee Baird completed her PhD and Masters of Psychology (Clinical Neuropsychology) and undergraduate studies in Psychology and Anthropology at the University of Melbourne. She also completed postdoctoral research on memory for music at the Salpetriere Hospital in Paris and Lille University in France. Her main research interest is in the use of music as a tool for enhancing memory in persons with brain injury or disease, and memory for music in dementia. Gary Thorpe OAM has been the General Manager of Brisbane’s classical music radio station 4MBS Classic FM since 1989. He was one of the music lovers who started the station in 1979. Gary worked in the field of mechanical engineering for almost twenty years before becoming General Manager of 4MBS. At 4MBS Gary is also the General Manager of the digital service MBS Light and the Silver Memories nostalgia radio service for aged care homes, which he started in 2008. He has been Artistic Director of the 4MBS Festival of Classics for 22 years and the Producer of the 4MBS Shakespeare Festival for nine years. Gary was awarded an OAM in the Order of Australia in 2009 for services to music and broadcasting and a Churchill Fellowship in 2011 to study the use of music in the management of dementia. Professor Jürgen Götz is the Foundation Chair of Dementia Research and Director of the Clem Jones Centre for Ageing Dementia Research (CJCADR) at the Queensland Brain Institute (QBI), The University of Queensland. Götz studied biochemistry at the University of Basel, and earned his PhD in immunology in the laboratory of Nobel Laureate Georges Köhler at the Max-Planck-Institute in Freiburg, Germany. After postdoctoral work at UCSF and the Preclinical Research Division at Novartis Ltd in Basel, he established his reputation in the Alzheimer’s field as a research group leader at the University of Zürich (1994–2005). In 2005, he was recruited as Chair of Molecular Biology to the University of Sydney, until taking up his new position at the University of Queensland in 2012. A major focus of the laboratory is the generation and analysis of transgenic animal models to gain a better mechanistic understanding of Alzheimer’s disease and related dementias. He and his team use these animal models to develop therapeutic interventions targeting two key molecules in disease, tau and amyloid-beta. Professor Götz has authored more than 140 articles in leading journals in the field. Lynne Malcolm is a science graduate from the University of Sydney, majoring in psychology, education and anthropology, and has a graduate diploma in communications from the University of Technology in Sydney. She has received a number of media awards, including bronze and gold Medals in the New York Radio Festivals International Awards, the Michael Daley Award for Journalism in Science and finalist status in the Eureka Awards. She has also won two Mental Health Services media achievement awards for All in the Mind, one in 2007 for her series on schizophrenia, and one in 2013 for two programs on youth mental health. In 2014 she was awarded The Mental Health Matters media award for her contribution to mental health awareness on All in the Mind. Dr Jeanette Tamplin holds a NHMRC Research Fellowship at the University of Melbourne and works as a music therapist at Austin Health and Epworth Healthcare in Melbourne, Australia. She has practiced as a music therapist in neurorehabilitation for 18 years and published extensively on her research and clinical work.