You are here Home Program Listing Mind Vs Machine: What Makes Us Human? A discussion

Mind Vs Machine: What Makes Us Human? A discussion
This event is now over Free Event
13 March 2016 QAGOMA 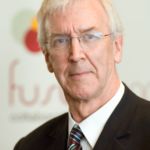 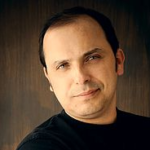 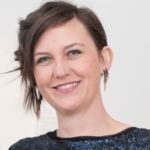 We already accept pilotless drones outfitted with cameras and listening devices, and releasing air-to-ground missiles. We allow robots to perform prostatectomies and cardiac valve repair on us.

We don’t much care that jobs are lost to speedy bots capable of lifting 70 kilograms all day long, retrieving boxes and loading them in trucks as long as our online shopping arrives in 24 hrs. Autopilot can fly a 787 jet unaided and our cars will soon drive themselves.

So why wouldn’t we trust a robot to give us financial advice and invest our life savings? Is the obvious next stage a sexbot as our “friend with benefits”? How would you feel about a robot delivering your baby? Can a robot perform a religious ceremony?

Join us to discuss just how far we, as humans, are prepared to surrender our form and function to machines.

In addition to this free discussion, QAGOMA’s Australian Cinémathèque has curated a series of films for the ‘Mind Vs Machine’ program, including: Bladerunner, Her, eXistenZ, The Matrix, and Ex Machina.

Meet the Speakers Geoff Garrett was appointed Queensland Chief Scientist in January 2011 after leading two of the world’s national science agencies – CSIRO and its South African counterpart, CSIR. Dr Garrett has a background in metallurgy. He completed a doctorate at Cambridge University, and was a Cambridge boxing Blue. On graduation, he worked in academia for 13 years, first at the University of Cape Town, and thereafter as Professor and Head of Department at the University of the Witwatersrand, Johannesburg. He held visiting positions at Oxford and Sheffield Universities in the UK and at Brown University in the USA. His research centred on the fracture and fatigue behavior of engineering materials. He led South Africa’s national research agency CSIR between 1995 and 2000 before taking up the position at the helm of CSIRO. At CSIRO, between 2001 and 2008, he and his team focused on developing the National Research Flagships Program, a big picture research effort spanning the national innovation system and attacking problems such as food, water and energy security. Margaret Somerville is the Samuel Gale Professor of Law at McGill University and professor in the university's faculty of medicine. She is also the founding director of the law faculty's Centre for Medicine, Ethics and Law. She received a A.u.A. (pharm.) from the University of Adelaide, a Bachelor of Law degree (Hons. I) and the University Medal from the University of Sydney, and a D.C.L. from McGill University. Wilson da Silva is an Australian science writer and the founding editor-in-chief of COSMOS, Australia's #1 science magazine. He’s been a journalist at ABC TV, Reuters, The Age, The Sydney Morning Herald and New Scientist, and his credits include The Guardian, Nature and The Australian Financial Review Magazine. A past president of the World Federation of Science Journalists, he’s the winner of 31 awards, including two Editor of the Year trophies and the AFI Award for Best Documentary. His story ’Social robots are coming’ appears in The Best Australian Science Writing 2015. Rosie Hays is curator of the Mind vs Machine film program and is Associate Curator at the Queensland Art Gallery/Gallery of Modern Art’s Australian Cinémathèque. Previously she was a programming assistant for the Brisbane International Film Festival and short film coordinator for the Woodford Folk Festival.  She has been with the Cinémathèque since 2004 and assisted in the Cinémathèque’s inaugural combined exhibition and film program ‘Kiss of the Beast’ in 2005. In 2011, Rosie was the Gallery’s curatorial representative for the development and staging of the exhibition ‘Henri Cartier Bresson: The Man, The Image & The World’. She has curated a range of film programs including ‘Video Witness: News From the World’ (2011) which highlighted the increasing role video cameras play in protecting human rights, ‘Harvest: Food on Film’ (2014) a focus on food as a vivid storytelling motif as well as a celebration of rock music and film ‘Let There Be Rock’ (2011). She worked with Margaret Pomeranz to support Margaret’s development of the Contemporary Australia: Women in Film program in 2012.