You are here Home Program Listing FILM & TALK: The Martian – SOLD OUT 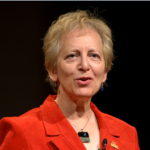 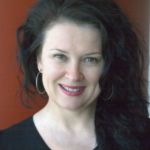 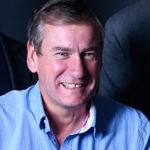 This event is SOLD OUT

Have you ever wondered if space movies are realistic or do they cheat to make it more exciting?

As thousands sign up to a global search for the first humans to set foot on Mars, this is a once in a lifetime opportunity to hear an astronaut and a NASA scientist discuss whether the blockbuster movie, The Martian, gets the science right.

They’ll talk about their own experiences and space travel as depicted in the film: the representations of gravity; dust storms on Mars; Mark Watney’s Rover; and the truth about how comfortable space suits really are.

Even if you have already seen the movie, you’ll experience it now with fresh eyes.  Settle back in your seats as the lights go down.  You never know: one of the next “Mars” generation of astronauts could be in the audience tonight!

Pamela Conrad is an astrobiologist and planetary scientist working at the NASA Goddard Space Flight Center in Greenbelt, Maryland. She is deputy principal investigator for the Sample Analysis at Mars (SAM) suite on NASA’s Mars Science Laboratory Curiosity Rover. She is also co-investigator to two different payload investigations on NASA’s Mars 2020 mission. Her current research focus is on understanding planetary habitability and on the development of approaches for its measurement in environments on Earth and on other planets, especially Mars. Dr Andrew 'Andy' Thomas is an Australian-born NASA astronaut and the first Australian to fly in space. He has flown four space shuttle missions, including two flights to assist in the assembly of the International Space Station. During one of those flights he completed a six and half hour space walk to install components on the outside of the station. He has also completed a long duration space flight having lived on the Russian Mir space station for 20 weeks. Dr. Thomas is a trained astronaut and cosmonaut and aerospace engineer. He graduated from the University of Adelaide with first class honours in Mechanical Engineering and also completed a Ph.D in Mechanical Engineering at the University of Adelaide. With 20 years in the film industry, Maxine Williamson joined the Asia Pacific Screen Awards (APSA) in 2007, its inaugural year, to establish the brand, awards competition and filmmaker network. Along with directing the awards competition, Maxine sits on the APSA International Nominations Council and nominee selection panels each year and manages the APSA Academy. During 2007 – 2009 she was creative content producer on the APSA documentary series Scene by Scene promoting the films and filmmakers of Asia Pacific, broadcast yearly on CNN International and on ABC network (Australia) during 2010 – 2011. Maxine is also Film Director for the Brisbane Asia Pacific Film Festival, Brisbane’s premier international film festival which coincides with the APSA Awards Ceremony. Mark Huffam has been active in the film industry since 1983 and has been working as a producer for the last twelve years. Huffam’s first major producing credit was earned on Steven Spielberg’s Saving Private  Ryan, starring Tom Hanks, which went on to win five Oscars at the 1999 Academy Awards. In recognition of his own contribution to the film, Huffam was presented with the Directors Guild of America (DGA) award for Best Production Team that year. Since then he has produced a number of successful films and television shows including Prometheus, Mamma Mia!, The Hours, Captain Corelli's Mandolin, Johnny English, and Game of Thrones – but to name a few. In 2015, he produced the science fiction film The Martian starring Matt Damon, directed by Ridley Scott. He received an Academy Award nomination for the film for Best Picture at the 88th Academy Awards.