You are here Home Program Listing Discovering the Deep – SOLD OUT 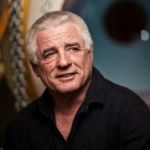 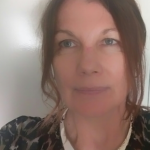 Discovering the Deep is SOLD OUT.

Join us for this unique and intriguing session featuring presentations on submarines, deep oceans and cave diving by the “genius” inventor Ron Allum, marine acoustics and Blue Whale songs by Brian Miller and an artist’s talk on ecopoetics, space and composition by Jayne Fenton Keane. Session will include film footage, rare blue whale songs, images of Antarctica and an opportunity to hear recordings from scientists dating back to the 1920s. Presentations will be followed by Q&A session

Meet the Speakers Ron Allum designed the Deepsea Challenger which reached the bottom of Challenger Deep, the deepest known point on Earth. Ron will share the design and engineering challenges he faced in engineering the submarine. Deepsea Challenger includes scientific sampling equipment and high-definition 3-D cameras. It reached the ocean's deepest point approximately two hours after descent. Ron has also adapted, designed and built special equipment for use on the Russian Mir submersibles. In 2005, he designed and built a broadcast system enabling the Mir submersibles to beam a live broadcast from Titanic from 12 cameras on the ocean floor via a 19,685-foot (6,000-meter) fibre-optic spool system link to the surface. Allum is also one of the world’s most experienced and accomplished cave divers. Brian Miller is employed as the Lead Acoustician for the Australian Antarctic Division and Australian Marine Mammal Centre which recorded 40,000 calls over 520 hours during a recent six week Australia-New Zealand Antarctic Ecosystem Voyage to the Southern Ocean. In addition to providing advice to the Australian government on matters regarding underwater noise and marine mammals, he is a member of two international research projects studying whale acoustics in the Southern Ocean via the Southern Ocean Research Partnership. A key aspect of these blue whale research programs is the use of passive acoustics (ie listening to and recording of underwater sounds) to study rare Blue Whales. This work has discovered potential links among the pitch of blue whale songs, their seasonal migration, and potentially the body condition of certain age classes of whales. It has also documented the slow evolution of Tasman-Pacific blue whale songs since they were first recorded over 50 years ago. Jayne Fenton Keane writer, academic and composer undertook a three month research fellowship at Cornell University Ornithology and Bio-acoustics laboratories where she collaborated with scientists to explore insights that art and science bring to each other’s disciplines. The outcomes of this collaboration have received academic and creative acclaim. In addition to more than two hundred poetry, essay, critical, peer reviewed journal and academic book chapters published across a range of disciplines she has been invited to read at some of the world’s most prestigious literary festivals and is currently working for the Queensland Museum as Manager of the Inspiring Australia program.