You are here Home Program Listing Madness Redefined: Creativity, Intelligence and the Dark Side of the Mind

Madness Redefined: Creativity, Intelligence and the Dark Side of the Mind
This event is now over
12 March 2016 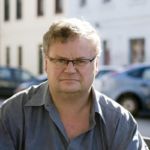 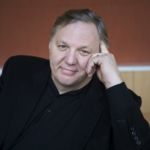 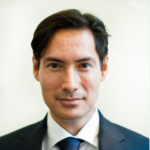 Virginia Woolf, John Keats, Emily Dickinson, Edgar Allen Poe—teetering on the thin line between madness and genius, they contributed to the world some of the greatest works of literature at the cost of their own mental vitality. Even they suspected a link between the moments of crystal clear lucidity amongst their disordered emotions. Now science is proving them right.

Research shows that bipolar disorder and schizophrenia correlate with high creativity and intelligence, raising tantalizing questions: What role does environment play in the path to mental illness? Are so-called mental defects being positively selected for in the gene pool? Where’s the line between gift and disorder?

As studies mount supporting the storied link between special aptitudes and mental illnesses, science is reexamining the shifting spectrum between brilliance and madness.

Madness Redefined: Creativity, Intelligence and the Dark Side of the Mind is a Signature World Science Festival event.

Meet the Speakers Nancy C. Andreasen is the Andrew H. Woods Chair of Psychiatry at the University of the Iowa Carver College of Medicine. A recipient of the President’s National Medal of Science, she pioneered the use of magnetic resonance imaging (MRI) to identify brain mechanisms of normal cognitive processes such as memory and creativity, as well as mental illnesses. She led the first extensive empirical study of creativity that demonstrated the association between creativity and mood disorders. She is currently conducting a second major study of creativity in prominent artists and scientists using neuroimaging techniques. Neil Cole is Associate Professor at the University of Melbourne based at the Florey Institute For Neuroscience and Mental Health. He is a former lawyer, a member of the Victorian State Parliament for over a decade and, in the 1990s, the Victorian Shadow Attorney-General. He has had 21 plays produced throughout Australia and at the Edinburgh Festival in 2015. He won the Griffin Theatre Award for the best new writing for theatre in 1999 and short listed for the Victorian Premiers Literary Award in 2001. He has written two books and completed a program about the creativity of mental illness called “Into The Limelight”. John Hockenberry is a three-time Peabody Award winner, four-time Emmy Award winner, and Dateline NBC correspondent. Hockenberry has broad experience as a journalist and commentator for more than two decades, and is the anchor of the public radio show The Takeaway on WNYC and PRI. He has reported from all over the world, in virtually every medium, having anchored programs for network, cable, and radio. Hockenberry is a noted presenter and moderator at conferences such as TED, Aspen Ideas, and the World Science Festival. Simon Kyaga is an attending physician in psychiatry at Lidingö Affektiva Mottagning, and researcher at the Karolinska Institutet in Stockholm.  After meeting several patients with exceptional creative talent, he became increasingly interested in the ancient myth of a close relationship between genius and madness. Kyaga was part of the research group that in 2012 presented the largest study ever on the association between creativity and psychiatric disorder involving more than 1 million Swedish patients.