This event has SOLD OUT

Ten years is a long time to ask ‘are we there yet?’ In 2004, the European Space Agency launched the robotic space probe, Rosetta, on an incredible 11.4 billion kilometre journey chasing down the 67P/Churyumov–Gerasimenko comet.

It travelled through space at almost 40,000 kilometres per hour and scientists compared the task of landing it on a comet to a fly trying to land on a speeding bullet.
Experience the excitement, trials and tribulations of what is considered the most complex space mission ever attempted as we explore what can be learnt from this extraordinary mission.

Will the comet’s water molecules help us to find proof of where our oceans originated? Could the journey help us to understand the history of the solar system itself? 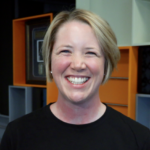 Chasing Down The Comet - Sold Out

Chasing Down The Comet - Sold Out

Artur B. Chmielewski is the US Rosetta Project Manager, Jet Propulsion Laboratory (JPL). He has managed several flight projects at JPL including the Space Technology 8 mission; was a Project Element Manager on Deep Space 1 mission; and a power system engineer for Galileo, Ulysses and Cassini spacecraft. He was responsible for development of nine space instruments and several new technology devices. In his two years at NASA Headquarters, he managed the space experiments program In-STEP. He has degrees in mechanical engineering and computer science from University of Michigan and USC. Mark McCaughrean is the Senior Science Advisor in the Directorate of Science and Robotic Exploration at the European Space Agency (ESA). Following the completion of his PhD in astronomy from the University of Edinburgh, Mark has worked at the NASA Goddard Space Flight Centre, and then at astronomical research institutes in Tucson, Heidelberg, Bonn, and Potsdam. His personal scientific research involves observational studies of the formation of stars and their planetary systems using state-of-the-art ground and space based telescopes. Zana Williams has a BSc in Geological Sciences from the University of Leeds, UK a PhD in geology and geophysics from the University of Edinburgh. Her PhD research was focussed on the study of buried meteorite impact craters. She has visited impact crater sites all around the world. She is particularly interested in how extra-terrestrial material reaching the Earth’s surface has affected its geological history. Zana currently works as a geologist in the oil and gas industry. Wilson da Silva is an Australian science writer and the founding editor-in-chief of COSMOS, Australia's #1 science magazine. He’s been a journalist at ABC TV, Reuters, The Age, The Sydney Morning Herald and New Scientist, and his credits include The Guardian, Nature and The Australian Financial Review Magazine. A past president of the World Federation of Science Journalists, he’s the winner of 31 awards, including two Editor of the Year trophies and the AFI Award for Best Documentary. His story ’Social robots are coming’ appears in The Best Australian Science Writing 2015.