For hundreds of years recording scientific research and discoveries didn’t change much. From when Leonardo di Vinci was drawing his inventions, scientific observations and theories through to the time Charles Darwin was hand drawing creatures in the Galapagos, scientific illustrating had evolved – but not greatly.

With new discoveries being made in the world of technology, methods of recording and preserving science have accelerated rapidly in recent decades.

Join Queensland Museum’s award-winning, scientific illustrator and deep-focus photographer Geoff Thompson as he explores the ways scientists have captured their images and work through the ages.

From traditional methods of recording information, including a research book from the 1550’s to marvelling at today’s technology which reveals microscopic features of creatures on a scale you’ve never imagined before! 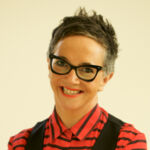 Geoff Thompson began illustrating insects as a research assistant at University of Queensland in 1975. From 1982 to 2012, he helped care for Queensland Museum’s insect collection, participating in adventurous...

Accessibility
To discuss your individual needs and to book any access services, please call QTIX 136 246. Want to plan your visit to the Queensland Museum? Learn More